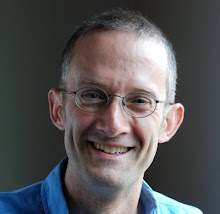 About the Author of The Mindfulness Diet

Like so many people I’ve had my own issues with weight and food, and I’ve been both overweight and underweight in my life. As an overweight young adult I recognized that I was using food to alter my moods and “push down” uncomfortable feelings. At a certain point I decided that enough was enough, and that I was willing to expand my awareness and see what I needed to see. As a result, I was able to quickly and radically shift to a much healthier diet. I discovered something amazing – by being willing to become aware of previously unconscious aspects of myself, I no longer needed to “act out” in my eating.

The result was astonishing: in the course of one year, I lost over 50 pounds of body fat, and in the many years since, I’ve never gained it back. Now, my diet did not remain static, and I don’t claim that it represented some standard of perfection. But as the decades have passed, I’ve noticed that my willingness to be more and more aware of my body, feelings and thoughts has made healthy and moderate eating, and regular exercising, second nature to me.

In fact, I’m now literally unable to eat in unhealthy or excessive ways that throw my body out of balance (at least, not for long). But this doesn’t mean I don’t eat delicious food. Though I’m now at the point, where even when I feel an occasional craving, it doesn’t get out of hand. Sometimes I eat what I crave, sometimes not. In the long term, though, I’m no longer able to eat in opposition to my body’s needs. These bodily needs for healthy and moderate amounts of food and exercise began to override my inclinations to eat junk food, or too much food, or to avoid exercise. My body and mind returned to a healthier balance, and I became a much freer human being in the realm of eating and exercise.

I share my story not because I’m someone special, but because I strongly believe, based on both my own experience and that of many others, as well as extensive scientific research, that choosing to live with mindfulness is the key to freedom in the realm of food and eating.